A behind-the-scenes look at the work of the Company in their private rehearsal space.

In-person tickets for Studio Series performances are $30 each / $20 for students.
Studio Series Subscriptions are $144 for full Season / $80 for half Season, and include VIP seating for all events.

Live stream tickets are $25 each –
or join our Digital Community for every Studio Series live stream and more! 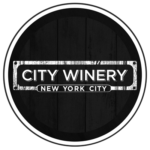 NEW@Graham: Annie Rigney
A rehearsal showing of a new work for the Company by evocative choreographer Annie Rigney, whose new work explores the body as an ecosystem. The evening will include a conversation with the choreographer as well as comments from the dancers who have been part of the creative process.

GrahamGatherings: Revival with Josefina Lyons
This event will include a screening of the documentary Revival by New York City-based filmmaker Josefina Lyons. The film involves dance, aging, and community and features venerable Graham Company alumni Ellen Graff, Marnie Thomas Wood, and Stuart Hodes, along with renowned artist George Faison. The documentarian and several of the performers will participate in the conversation.

Proceeds from this event benefit the Martha Graham School.

NEW@Graham: Baye & Asa
Join the dynamic choreographic team Baye & Asa for a showing of their new work for the Graham Company, just weeks before the premiere.

Every Soul is a Circus

GrahamDeconstructed: Every Soul is a Circus
Notable for being the first dance in which Graham choreographed the workings of the mind, this comedic work takes us into the imagination of a self-absorbed woman who sees herself as the star of the circus. The event will include an insider look at elements of the choreography as well as a complete rehearsal run of the dance.

The Owl and the Pussycat

Graham 2 in The Owl and the Pussycat

Presented by Graham Studio Series and performed by Graham 2, this family-friendly holiday event will feature a full performance of Martha Graham’s enchanting take on The Owl and the Pussycat, narrated by Leslie Andrea Williams and including set sculptures by Ming Cho Lee and costumes by Halston!

Described in advance publicity as “A major biography—the first in three decades—of one of the most important artistic forces of the twentieth century, the legendary American dancer and choreographer who upended dance, propelling the art form into the modern age, and whose profound and pioneering influence is still being felt today.” The evening will include passages from the book read by the author and illustrated with dancing by members of the Company. Copies of the book will be available at the event for sale and signing.

GrahamGatherings: In conversation with Kathryn Roszak
Living the Change: Revolution/Evolution of Women Leaders in Dance

GrahamDeconstructed: Diversion of Angels
The evening will focus on the geometry of this modernist work from 1948 in order to appreciate the complex play of memory and emotion embedded in its structure. Using danced excerpts as illustration, Janet Eilber will dissect the intricate structure of this dance. The evening will conclude with a complete performance of the work.

This form needs Javascript to display, which your browser doesn't support. Sign up here instead
Go to Top